Does Our Hair Have the Power to Unite Us, This International Women’s Day? 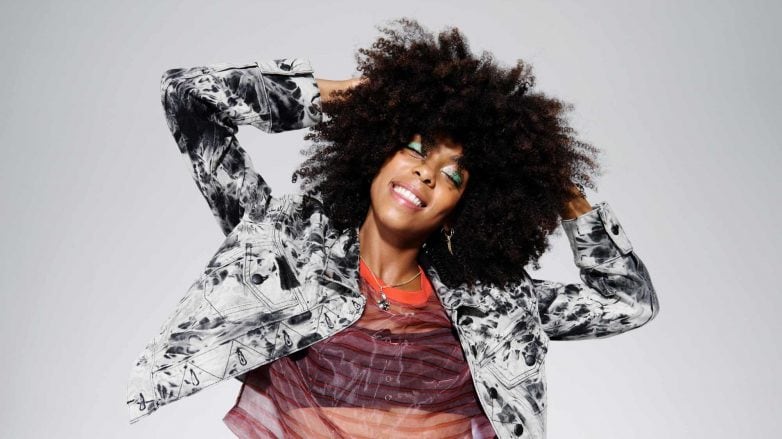 International Women’s Day is nearly upon us once more. This year, women around the world are holding a hand up high to show that they are on board with the #ChooseToChallenge theme of the global event, which aims to unite women on the journey towards an inclusive world.

Women around the globe have vastly different beliefs, attitudes and life experiences. We have different expectations, hopes and desires. Yet at a fundamental level we are united in so many ways.

Little has highlighted this as effectively (and as shockingly) in recent years as the #MeToo movement. From 15 October 2017, when actress Alyssa Milano used it to encourage victims of sexual abuse to share their stories, to 30 September 2018, the hashtag was used over 19 million times on Twitter alone.  It was used by people speaking English, Spanish, Somali, Afrikaans and more. Women who on the surface might have nothing in common stood up to show how united they were – millions upon millions of them.

Of course, women around the world are connected in plenty of biological ways. We all eat. We sleep. The majority of us will experience the pain and wonder of bearing children.

There are many global similarities when it comes to health and beauty matters, as well. In this article, we’re going to take a particular look at hair and its role in uniting women around the world.

The vast majority of women around the planet have hair. Textures, colours, lengths and styles may differ hugely, but our hair is another fundamental connection that almost all women have).

For many women, their hair is a strong part of their identify; 72.8% of women reported this to be the case when All Things Hair asked them about it. Hair and identity is a subject that incorporates everything from race to self-confidence and we see this embodied in women’s attitudes to their hair around the world.

This could be one reason why so many haircare brands have managed to establish such a marked international presence. Haircare companies differ around the world, of course, with local brands available in almost every country. But the differences aren’t as pronounced as one might imagine. The most recognized shampoo brand in China is Head & Shoulders, according to dataSpring, while in Indonesia it is Pantene. And businesswire reports that two of the five biggest haircare market companies in Africa are Johnson & Johnson and L’Oréal.

When we consider haircare around the world further, the social side of the process is well worth considering. Whether it’s women sitting and braiding hair together in a domestic setting or chatting over a change of colour and a cut in the salon, there’s a social bonding element to haircare that is intrinsic to the human experience; certainly on the female side of that experience, anyway.

Women around the world also face many of the same issues when it comes to caring for their hair….

Do you find that your hair becomes dry and more prone to breakage from time to time, for example? Whether you always wear your hair naturally – as 77.6% of women do, according to research by All Things Hair – or subject it to every chemical treatment imaginable, you’re likely to find that there are times when you need to crack out a majorly nourishing hair mask, or indulge in an intensive pre-shampoo treatment.

Women around the globe experience the same issue. While some hair types (afro/textured and curly, in the main) tend to be drier than others, everyone’s hair has the potential to be dry. Exposure to the sun can dry out hair. Cold winter air can do the same. So can seawater, chlorinated pool water, heated styling and so much more.

Conversely, many women also have to deal with oily hair. Hormonal fluctuations can be a major factor in hair becoming oily, as can everything from stress to medications. Poor diet can also result in oily hair and again the weather can have an impact.

And in order to deal with such issues, women around the world tend to rely on products made from many of the same ingredients, from shea to coconut.

Status, Confidence and all Things Hair

Another commonality that we can see between women from vastly different cultures and backgrounds it the power that a new hairstyle can have when it comes to providing a confidence boost. Even a trim can leave you feeling better about yourself, while a whole new look can work wonders if you’re in need of a confidence pick-me-up.

As well as increasing women’s confidence, hair can also serve to reflect a woman’s status. The example of the Himba women of Namibia is perhaps the first that springs to mind, with their stunningly distinctive hairstyles carrying plenty of meaning in terms of the wearer’s status. However, there are plenty of examples of this in cultures around the world. Why else, for example, would we refer to a ‘matronly’ bun? In this instance, the woman’s hairstyle is implying her status as an older, married lady.

Many women around the world have also experienced the feeling of being judged as a result of their hair, both by men and by other women. Most of us make judgements – often subconsciously – about other people based on their appearance. The colour and style of someone’s hair can play a major role in this. Women’s decisions around whether to wear their hair naturally or otherwise can also attract plenty of judgement.

So, Does Our Hair Have the Power to Unite us?

International Women’s Day is a time to celebrate the achievements of womankind, in the personal, professional, academic, political and many other spheres. It’s also a time to recognise the bonds that unite us and the commonalities of the experience of being female, despite barriers of language, geography, culture, education and experience. What better to unite us than our hair, through which we share so much in common?